Following the in-depth analysis dedicated to assembly, here is an article dedicated to another key department of ZD: the wiring of the electrical panels.

Wiring is a technical term used in different fields, from telecommunications to information technology, until we come naturally to the electrical and electronical industry, and it means to connect.

In simple words, wiring means connecting wires from different devices in a way to guarantee the transmission of electricity and as a consequence the functioning of the system.

But behind this, there is much more….

The wiring of electrical panels is a complex and delicate operation, which in ZD is found in a dedicated department where trained professionals work both at a didactic level as well as a practical one, thanks to experience acquired. 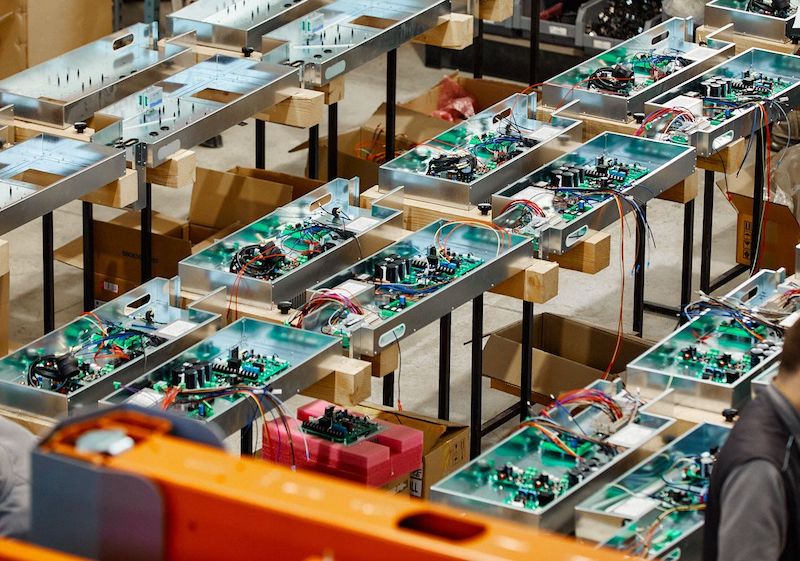 Wiring of electrical panels : what happens?

The phases of the production of electrical panels are the design, then the assembly and to follow, the wiring.

In this third phase the necessary connections are made, to guarantee the correct working of the whole panel.

An aside: the wiring of the cables is one part of the workings of an electrical panel which is absolutely necessary, since the wires are the way in which the electricity is transmitted from the point of creation to the point of use.

It allows the connection to be activated and a transmission of information, in other words that the electrical panel can work in an established, precise and efficient way.

Starting from the electrical panel, the network of cables internally must reach the terminals in a rational, orderly way following the diagram of the established project.

In more detail, during the assembly phase, specific components are inserted into the electrical panel such as wires, clips and also cable ducts, which work as a guide for the wires inside the panels.

In the following phase of union, the assembly, every component used is connected in
a particular order, because it has its own code, which allows us to avoid any error in the phase of manufacture.

Directives on wiring exist, which are necessary to follow for reasons of safety, quality and to be able to seal every electric panel with the CE marking: 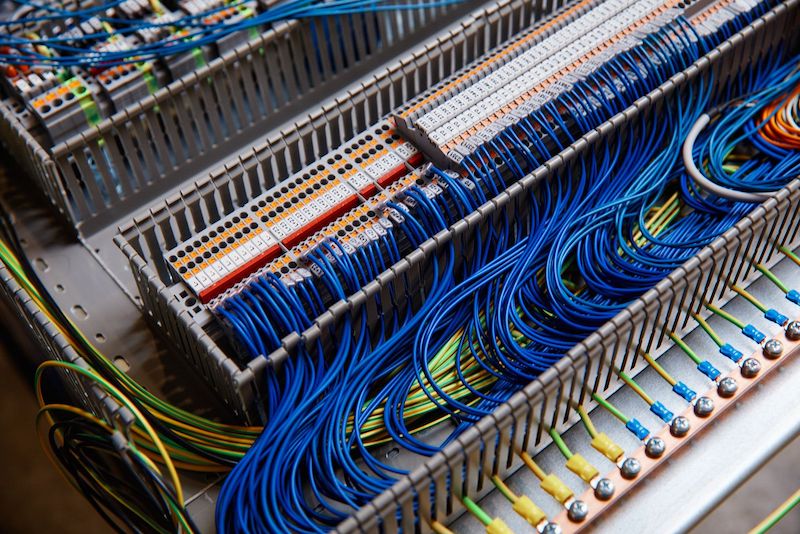 The European Directives on the wiring of electric panels are included in the 2006/95/CE – Low Voltage Directive and in the  2004/108/CE – Electromagnetic Compatibility Directive.

They deal with shared directives, which have a central role in the promotion of the Common Market for electrical appliances in Europe with its aim being to ensure its citizens of a high level of protection.

Furthermore, the Directives create the necessary conditions so that the companies which work in the European Market can manufacture products which conform to the established safety requirements for people, the environment and animals.

They consist of very technical regulations, but which can be summed up in their purpose, or rather those who manufacture the products have the right to make the product safe and must be able to show they have done everything to make it so.

The 2006/95/CE of the European Parliament and Council of 12th December 2006 – regards electric material destined to be used within certain limits of tension and covers the health and safety risks which come from the use of electronic devices with a tension of between 50 and 1000 V on alternating current and between 75 and 1500 V on direct current.

So then, there is the Electromagnetic Compatibility Directive – 2004/ 108/CE from the European Parliament and Council of 15th December 2004 – which deals with a precise situation.

A large number of the machines which enter into the Low Tension Directive in terms of field of application can in fact generate some interference between themselves, which could compromise or influence their working negatively.

This is why in this case, they must reply to the Electromagnetic Compatibility Directive which has as its aim to ensure that the electromagnetic disturbance produced by the machines do not affect that which is the correct working of the other devices.

In technical terms, we are dealing with intrinsic immunity of the electromagnetic disturbance.

This subject is fascinating above all for those who would like to learn more about the sector or are interested in working in it, both as a post-diploma or as a school work experience. (Here you can find the job offers at ZD for wirers and assemblers).

ZD has always worked with complete respect of the European Directives and has organised a wiring department which is refined and able to satisfy any type of request asked by our customers.

About the Author: Ufficio Stampa